Creative industries in the EU with Dezeen 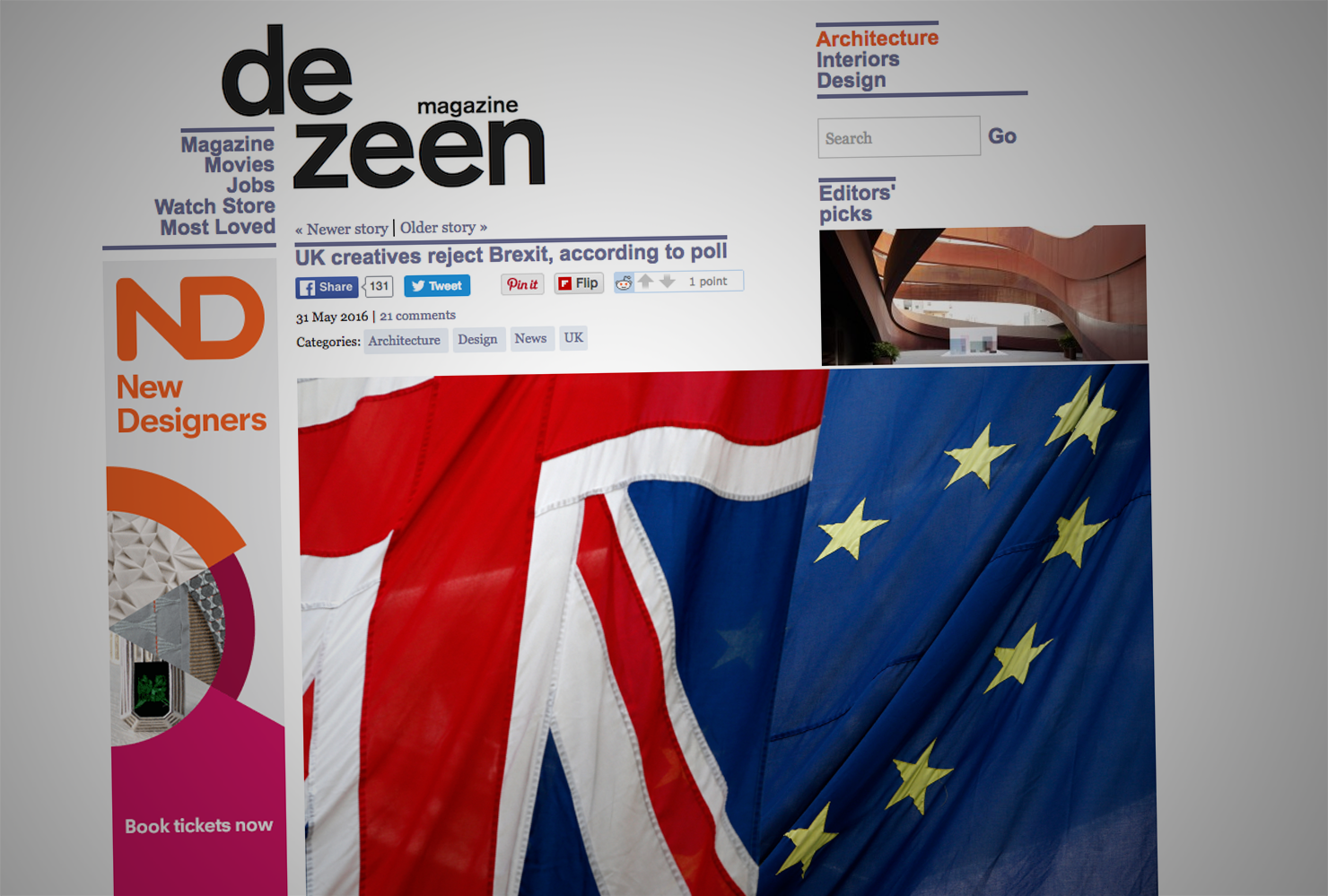 Every week we like to show you examples of Picfair pics in the wild - licensed images being used by buyers across the world to help their businesses, publications, and websites stand out from the crowd.

Unless you've been living under a rock, you'll know that on 23rd of June, the citizens of the UK will be voting either to remain in or leave the European Union. This week's image in use makes for a very topical example - it can be seen heading up an article about the referendum in Dezeen magazine. Dezeen is 'one of the world's most popular and influential architecture and design magazines', whose mission is to bring together a selection of the best architecture, design and interiors projects from around the world.

Dezeen have chosen an awesome shot of the Union Jack hanging alongside the EU flag, which comes from photographer DD. The shot features as a hero image for an article about the UK's creatives' predicted rejection of Brexit. It looks fantastic, congratulations to DD and many thanks to Dezeen for choosing an image from Picfair!

If you're a photographer who wants to license your images and make money like DD has … sign up and start uploading your pics!

DD's original shot of the flags hanging side by side