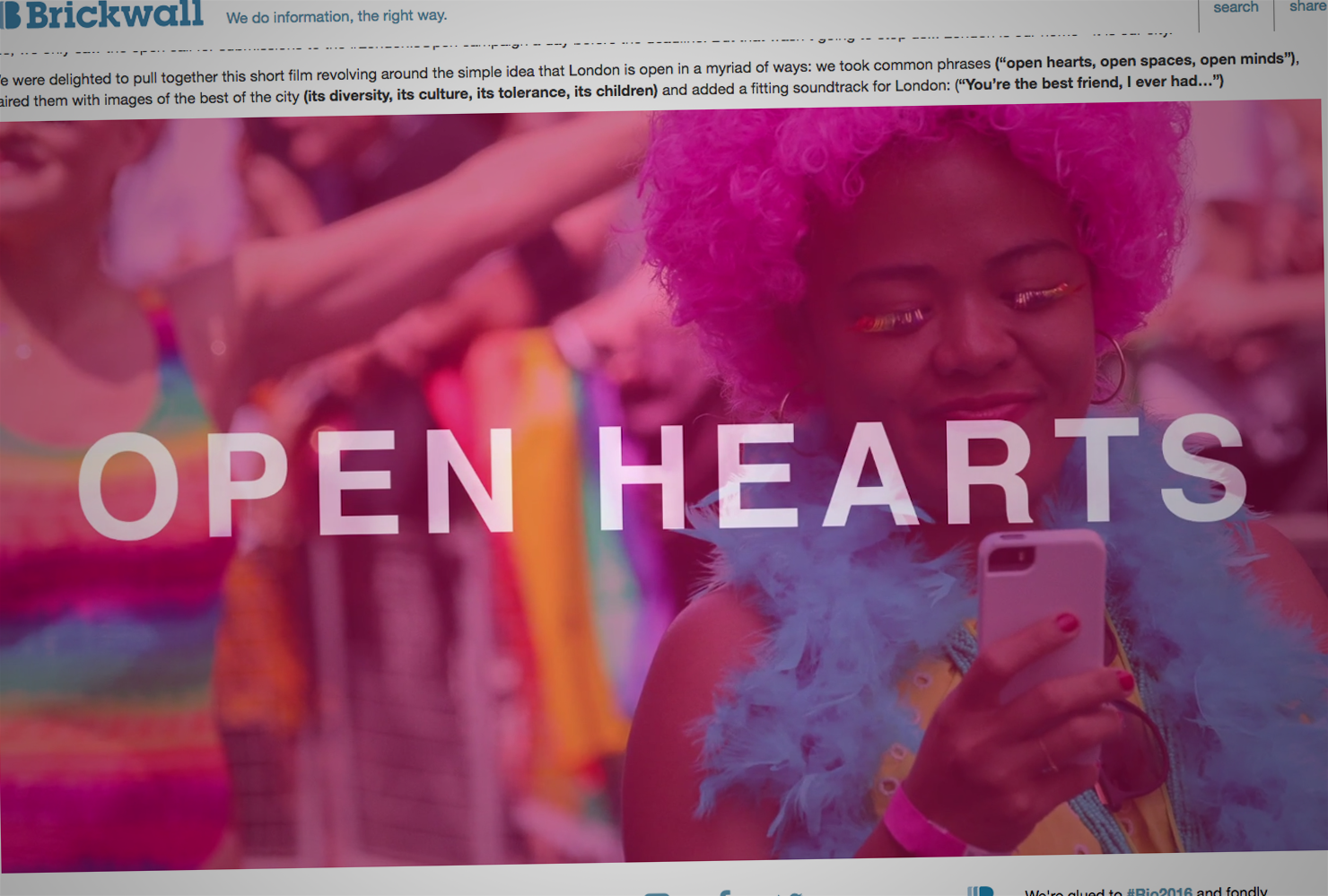 Every week we like to show you examples of Picfair pics in the wild - licensed images being used by buyers across the world to help their businesses, publications, and websites stand out from the crowd.

This week, we see an image license from Brickwall, a brilliant creative production studio. In the past month or so, you might have stumbled across a campaign launched by Brickwall, 'The £1 Brexit Challenge', which ended up going viral! This week, Brickwall's Picfair license can be seen in the recent social media #LondonIsOpen campaign. We're delighted to see a Picfair image used by such a socially conscious organisation!

The image appears in Brickwall's #LondonIsOpen submission, a video which aims to illustrate the diversity, culture and tolerance of England's capital. The image, a brilliant snap of the Pride parade in London, comes from Antony Wakefield and it looks fantastic. Congratulations to Antony, and many thanks to Brickwall for including a Picfair shot in their video!

If you're a photographer who wants to license your images and make money like Antony has … sign up and start uploading your pics!

Antony's original shot, captured at Pride in London in 2015